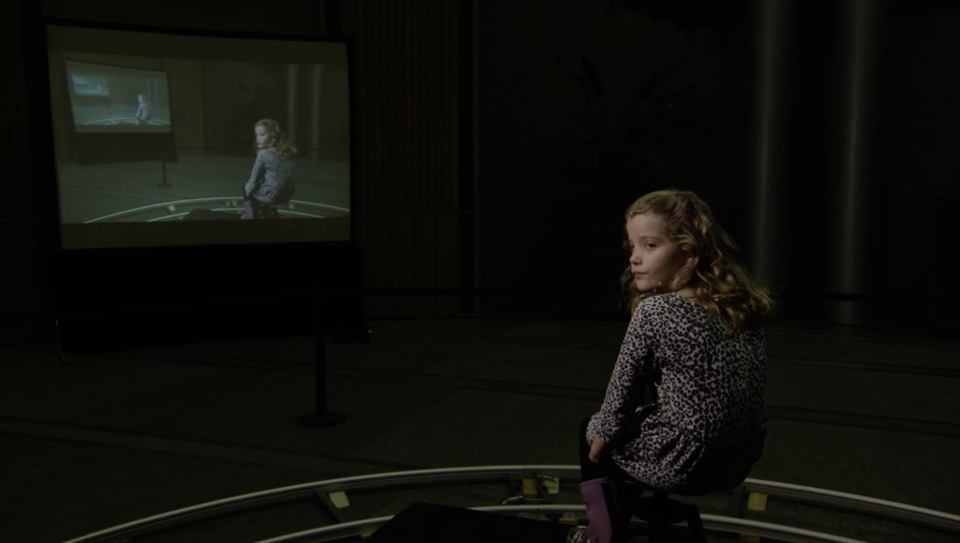 On 5 November 2016, the rotunda in Kitchener City Hall rotunda became the set for 24 Hour Dolly - a constantly moving installation that asks its audience to contribute their sparks of spontaneity.

An 8'x8' stage was In the middle of the rotunda was surrounded with a circular dolly track with a film camera mounted on top. For 24 straight hours, the rig was manually pushed by crew in a slow orbit around the stage, capturing one epic single take of the events that unfolded onstage.  One-by-one, spectators were invited to take centre stage and use it in whatever manner they see fit, with the dramatic architecture of City Hall as their background. A live stream from the camera was projected onto an adjacent screen.

As both a performance and tool for performance, 24-Hour Dolly engages its audience in an unparalleled experience of what happens both in front of and behind the camera. The piece is also a remounting of Reibling’s 12-Hour Dolly project, originally produced on a street corner from 7pm to 7am at Toronto’s Nuit Blanche in 2011.